Shania Twain is using a TikTok trend to honor Dolly Parton for shattering misconceptions about female artists in country music -- and Twain got the inspiration from Taylor Swift.

As part of the current "Mama Said" trend on TikTok, users post videos featuring Lukas Graham's 2014 hit "Mama Said," and share how they gave themselves permission to try something new because "mama said it was OK."

Earlier this week, Swift joined the "Mama Said" trend by posting a video of herself with the caption "Country Girls Can't Go Pop." Swift --who made her own country-to-pop crossover with the 2014 release of her album 1989 -- then shrugs, as the verse "Mama said that it was OK/ Mama said that it was quite all right" plays in the background. The video then flashes several images of Twain (whose 1997 album Come On Over was a crossover smash, certified 20-times platinum by the Recording Industry Association of America, and is among the best-selling albums of all time). A few final shots show Swift and Twain hugging one another, as well as an image of them onstage at an awards show. 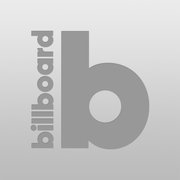 Swift added in another caption, "Learned from the best."

Twain shared her own video on TikTok that first captures Swift's "Mama Said" tribute, and incorporated it into her own tribute to another visionary: Dolly Parton. "I appreciate you!" Twain told Swift in the video's caption before adding, "Paying this one forward to another trailblazer."

Twain's video captures several shots of singer-songwriter, actress, author and businesswoman Parton, known for her work on crossover hits including "9 to 5," "Islands in the Stream," "Here You Come Again" and "Two Doors Down," and her roles in groundbreaking films such as 9 to 5. Parton is also the writer of the enduring hit "I Will Always Love You," which the iconic artist first made a country hit before Whitney Houston turned the song into a powerhouse ballad and eight-times platinum juggernaut as part of The Bodyguard soundtrack in 1992.